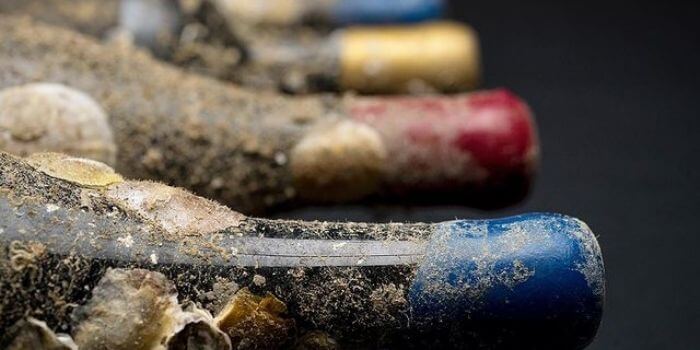 Because the triumphs of Oftex are the triumphs of our clients, today we bring you to the blog the success story of The Sea Wine Club who after launching their company a year ago and after 3 months working with our Oftex team, have managed to be present in the CETO restaurant, which has two Michelin stars from Chef Mauro Colagreco in France.

Who is The Sea Wine Club and who is Mauro Colagreco, CETO’s Chef? They are certainly not “just a wine” and not “just a restaurant”.

We would love to introduce you The Sea Wine Club, exclusive wines with underwater maturation.

The Sea Wine Club can be proud to be the first winery in the world to have developed an oenological project that studies the evolution of wine under the sea.

As a result of this project, it has launched its own line of wines with underwater maturation. Always respecting the work of conventional wineries, The Sea Wine Club understands the tradition of wine as a basis on which to propose new ways of evolution in the sector.

In this way they select wines from different denominations of origin with specific properties that are improved and enhanced with an innovative maturation process by submerging the bottles under the Mediterranean Sea.

In this way, the wines acquire unique nuances that would be impossible to achieve simply through traditional maturation.

Now it’s Mauro Colagreco turn. Mauro is the chef-owner of Mirazur restaurant and CETO restaurant. Have you heard of these restaurants?

The Mirazul restaurant was selected as Best Restaurant in the World in 2019, you will find it in Menton, on the Côte d’Azur.

The two-Michelin-starred CETO restaurant is located in the new hotel The Maybourne Riviera, built on a rocky peninsula above the town of Roquebrune-Cap-Martin.

But CETO is much more than just a restaurant. They are developing studies for the knowledge of marine species in the region and they are also researching sustainable ecological solutions. This makes them a “marine culinary workshop” which adds even more value to their two Michelin stars.

The Sea Wine Club at the CETO with two Michelin stars

The Italian-Argentinean chef Mauro Colagreco has selected The Sea Wine Club as one of the exclusive wines you can find on his menu.

If you are thinking about living the CETO experience, you can book a table here. We would love to read your experience at the restaurant.

Do you want to be the next Oftex’s success story?

At Oftex, we work on the complete internationalization strategy for different companies in different sectors, not just wine. For example, jewelry brands, textile and renewable energy companies, among others.

That’s why we want to encourage you to be Oftex’s next success story.

You can see in this link our Global Service. You can also fill in the form below this article and we will contact you as soon as possible.

Subscribe to our newsletter and keep up to date with the latest export news..
DOWNLOAD DOSSIER
Download our dossier, it’s not just 22 pages, it’s more than 20 years of experience as export consultants, improving our clients’ sales.